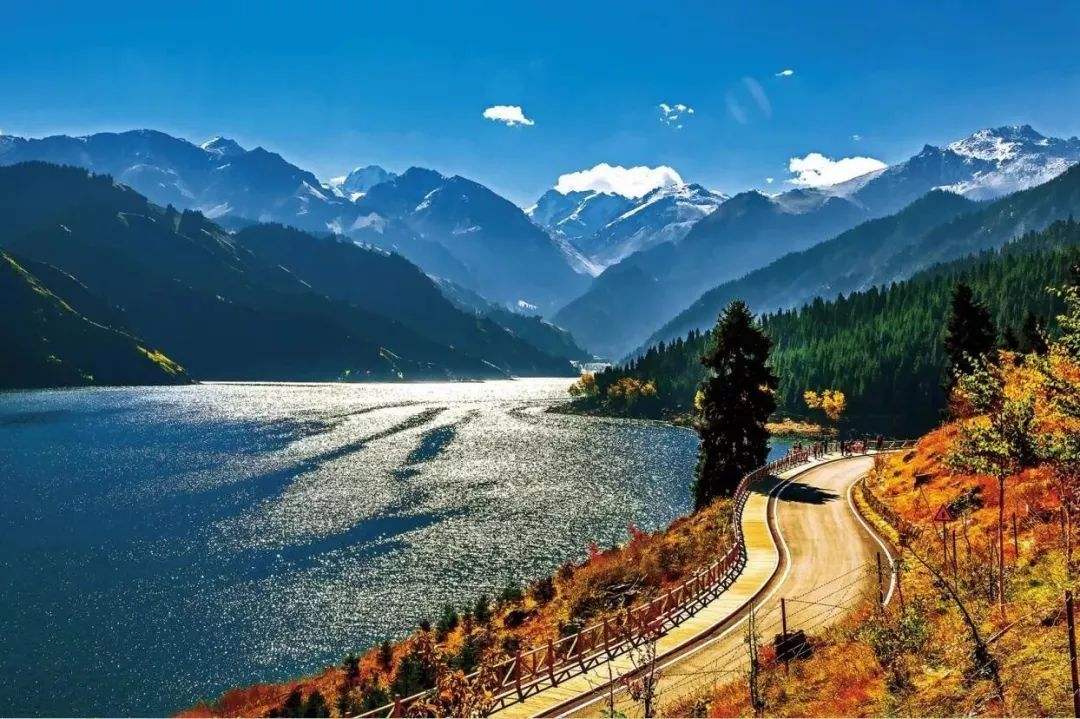 Tianchi Lake in Tianshan, also known as Tianchi National Geological Park, is anciently known as “Yaochi Lake”. It is located in Fukang City, Changji Prefecture, on the north side of Bogda Peak, about 110 kilometers from Urumqi City. It is a famous tourist resort in Xinjiang.

Tianchi Lake is 1910 meters above sea level and 105 meters deep. The lake reflects Bogda Peak, surrounded by spruce, and the scenery is like a fairyland. The scenic spots include natural landscapes such as alpine lakes, wetland meadows, and forest canyons. In 2013, the scenic spot was also rated as a National Geopark by the state.

There are three water surfaces in the Tianchi Lake Scenic Area. In addition to the main lake, there are two water surfaces on the east and west sides. On the east side, it is “East Small Tianchi Lake”, also known as Heilongtan. It is located 500 meters east of Tianchi. Underneath the lake is the cliff, and the waterfall flows down like a long rainbow.

On the west side, it is the “West Small Tianchi Lake”, also known as the Jade Girl Lake. It is located about two kilometers northwest of Tianchi. The pool is shaped like a full moon, and is surrounded by towers. There are pavilions on the pool. Watching the waterfall in the pavilion is funny. There is a boardwalk connection between all scenic spots there, which can be reached on foot.

On the east bank of Tianchi, there is the Western Queen Mother Temple, which was built in the Yuan Dynasty. At present, you can see the building that was reconstructed on the original temple site in 1999, which houses the Queen Mother, so it is also called the “Mother Temple”. Because of the long distance and the average scenery, it is not recommended to go there. 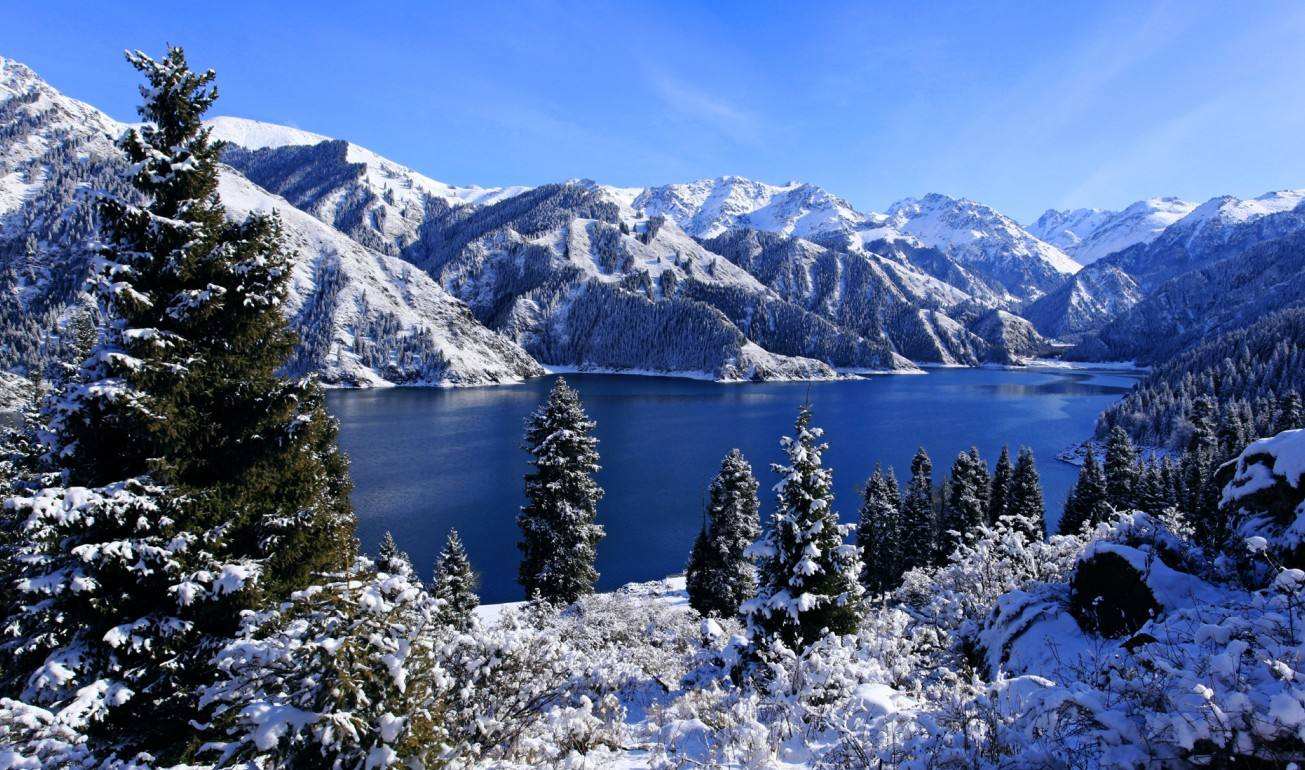 Every year from mid-November to the end of March of the following year, the “Tianshan Tianchi Ice and Snow Festival” will be held. At that time, visitors can go to the Tianshan Ski Resort near the scenic area for skiing and other ice and snow projects. The Kazakh tents in the scenic area can be accommodated, but most tourists return to the city on the day after the end of the game. Most of the tourists outside Xinjiang go to Tianchi for sightseeing from Urumqi, and they can return to Urumqi for the same day.