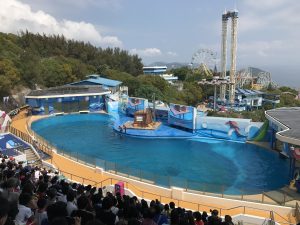 Opening hours for the Ocean Park Hong Kong: daily from 10:00 to 18:00 (summer extended to 23:00); ticket price details are listed on the official website, and you can take one ticket to play all the projects in the park. It is recommended to take a day to play in the park, after all, Ocean Park Hong Kong belongs to the world Level theme park, it’s not fun to play without 1-day time. 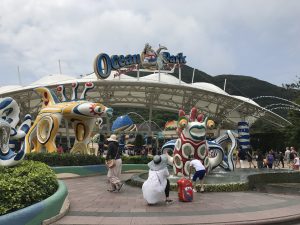 The park opens at 10:00, tickets can be bought on-site, but it is recommended to buy online in advance, as online ticket purchase is much cheaper than on-site ticket purchase, and there are relatively large discounts from time to time. There are maps and performance time at the entrance of the park. You can also download the app of Ocean Park. There are also maps and performance time. You can also know the queue time of the attraction, the attractions that have been temporarily closed and some coupons on the App.